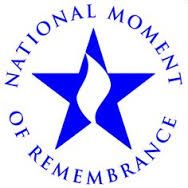 Stow will hold its annual Memorial Day Parade on Monday, May 27th, beginning at 2:00 p.m.

The Parade will form on Hartley Road at the back entrance to Center School.

The march to Brookside Cemetery will begin promptly at 2:00 p.m.

Transportation from Hartley Road will be provided for veterans unable to walk the parade route.

All veterans, including active duty and reserve personnel from Stow and surrounding communities, are urged to participate by marching in the parade.

Also invited to march are the Stow Town Selectmen, Stow Boy & Girl Scouts, Civil Air Patrol, the Hale 8th Grade students that will do readings, and the Center School First Graders who, with the help of the Stow Garden Club, have been growing flowers for this occasion.

Wreath-laying ceremonies will be held at both Brookside and the War Memorial.

Music is provided by the NRHS Marching Band and Stow Minutemen.

The Stow Fire Department is providing the Color Guard.

For those unable to attend, we ask that you observe the National Moment of Remembrance at 3:00pm.

Thank you in advance for your participation as we remember our fallen veterans from all wars.