Stow’s story in the last half of the 20th Century is one of residential growth. In 1950 the population numbered 1,700, occupying some 645 private dwellings and owning some 935 motor vehicles. In 2009, the census counted nearly 6,700 people, living in more than  2,400 dwellings and paying taxes on 7,764 cars, trucks and motorcycles. Stow’s major intersection, Great Road and Gleasondale Road, survived for many years with simply a stop sign, then a flashing yellow light, then a flashing red light and finally, in 1985, a full stoplight.

As “countrified” as it is, Stow today has several large businesses, including Radant Technologies, Inc., which manufactures structures to protect military radar and other sensitive electronic equipment; the E.T.&L. Construction Co., which works on highway and bridge projects throughout New England; and the Automotive Services Division of Bose Corp. With Bose’s arrival in 2004, Stow acquired its second traffic light, to facilitate the arrival and departure of its 500 workers.
Today’s Stow has three commercial working produce farms, all selling the great bulk of their crops through their own farmstands. Its orchards have become a mecca for fall apple pickers from throughout the region. Its “gentleman farms” include estates maintaining horses for recreational riding, some who keep a small number of cattle and other animals, and one that raises Belgian Draft Horses for competition in exhibitions. One Stow farm raises alpacas commercially. Other significant landmarks include the Collings Foundation, a non-profit educational organization housing some 60 historic automobiles and 20 vintage aircraft.
During World War II, a portion of Stow on its eastern side became part of an military ammunition storage depot. In 2000, after service as an annex to the U.S. Army’s Fort Devens, it was turned over to the U.S. Fish & Wildlife Service and now is the Assabet River National Wildlife Refuge. Through the Stow Conservation Commission, the non-profit Stow Conservation Trust and other organizations, Stow’s borders enclose more than a dozen “conservation land” tracts. Combined with the Wildlife Refuge, some 2,700 acres of Stow territory are preserved as “open space,” many with trails and superb opportunities for floral and wildlife observation.
And Stow’s history is preserved and celebrated through several organizations, including the town’s Ancient Documents Committee, its Historical Commission and the private, non-profit Stow Historical Society, which marks its 50th anniversary in 2011. 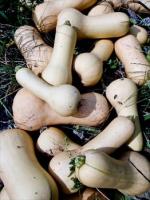 Fruit Acres- As the largest orchard in Stow for many years, Fruit Acres farmstand on Whitman Street attracted apple buyers from a wide area, as suggested by this photo from 1964. Today, the Fruit Acres property is the site of the Birch Hill Residential area.

Alpacas- Once a town of 1,000 cows and multiple dairy farms, today Stow is home to a few cows, horses for recreational riding  and more than a dozen alpacas at Springbrook Farm.

Conservation Land- The Captain Sargent Farm tract along West Acton Road is one of more than a dozen “conservation”lands preserved for public use within Stow’s borders. Nearly a quarter of the town is permanently protected as “open space.” Nathaniel Sargent was a Revolutionary War veteran who subsequently led a militia company that helped put down Shay’s Rebellion in Western Massachusetts in 1787.